Sometime during the fall of 2015, I was asked to set up a booth at an outdoor expo in Memphis, Tennessee.  The event coordinator told me that he was putting me next to the “Gunner Kennels” guy.  To be honest, I was a bit miffed. Why would they put me next to another dog kennel? Reluctantly, I drove up and spent the early morning hours setting up my booth. The guy next to me, though, didn’t have any dogs with him that day.  Instead, he had the most exciting new product yet to be seen in the world of gun dogs. 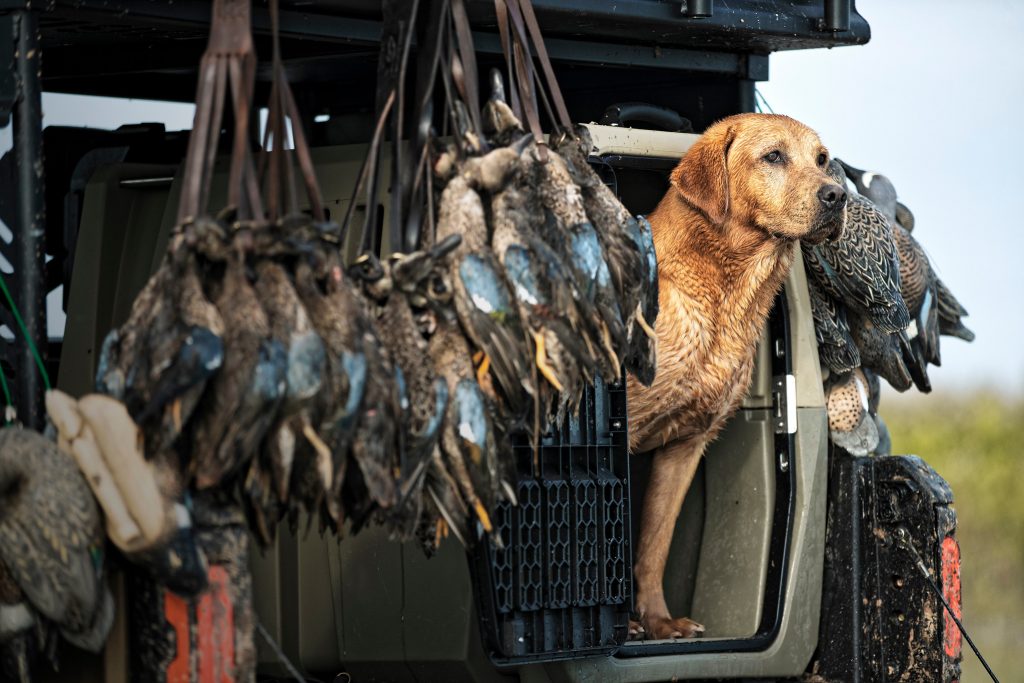 Addison and I spent the entire day talking.  We covered everything from British labs to crash-tested dog kennels, Mississippi crawfish boils to starting companies in our twenties.  We were both married young, starting families, and chasing our dreams by going all-in on a business idea that we really hoped would pan out.  There is a sort of kindred spirit that accompanies knowing and understanding the risks someone is taking as an entrepreneur.  When I arrived home that evening, my wife asked me how the expo had gone. “Well, I think I made a new friend, and he has invented the most awesome dog kennels you could ever imagine,” I answered. 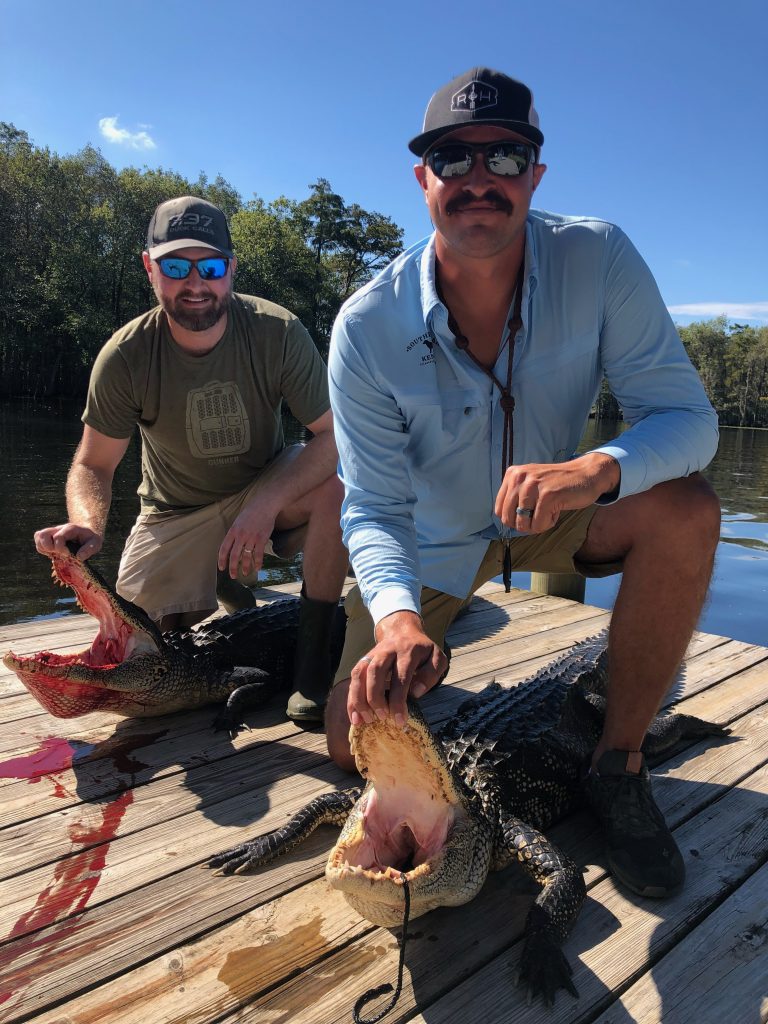 About four days later, my first set of Gunner G1 Intermediate dog crates arrived. I didn’t ask for them, but Addison sent them anyway.  I called to thank him, and he asked for one thing in return. “Rough them up, use them hard, and send me updates on how they do.”  Fast forward nearly seven years, and I still have those two Gunner Kennels.

Between then and now, it has been a true gift to have a friend who is on a similar journey.  We’ve traveled the country chasing birds, and alligators and having a good time, often moving right past “how’s business?” and diving deep into the more important matters like “How early do your kids wake up?” or “What’s the best way to balance being a dad and the demands of owning a company?”  Through all of this, I got to know both Addison and his dog, Gunner, while he got to know several of the SOK dogs along for the ride.  Gunner shared a duck blind with many of our labs, all the way up to his last goose hunt in Arkansas. I joked with Addison that he was the only chocolate Labrador I’d ever accept, and he joked back that when SOK started breeding chocolates, he could fully support us. 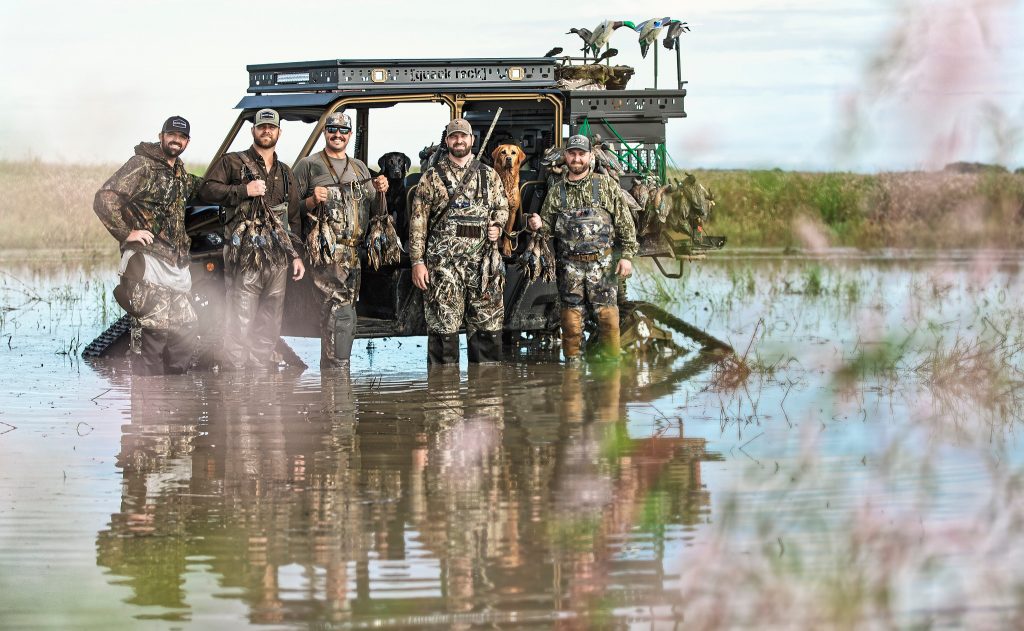 The journey toward a safer dog kennel was uniquely tied to Addison’s dog, Gunner. His relationship with Gunner was the type that we hope all Southern Oak clients will have with their dogs. He loved his dog, enough to invent a product designed to keep him safer. Beyond that, the way he and his family treated and cared for Gunner, especially once he was diagnosed with cancer, was truly inspirational.

After Gunner’s passing, there were a lot of conversations about which direction to go next.  Gunner Kennels has such a great relationship with so many hunting dog kennels across multiple breeds, and I wanted to respect that by being as open as possible to whatever choices were made for the Edmond’s next dog.  Addison had a particular love for one of our stud dogs, Red, and he had hinted for years that he would be stoked to have a pup from one of his litters. The issue, however, was that Red was very close to retirement and there would only be a handful of litters remaining… and they were all sold out. 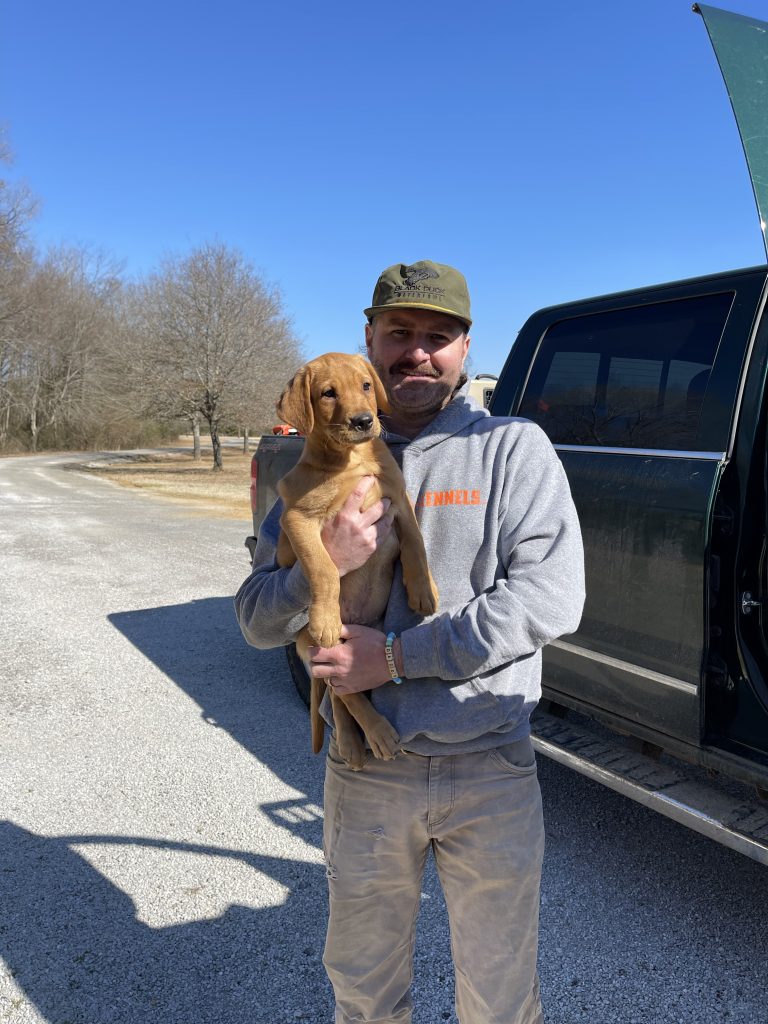 Then, as luck would have it, one of our favorite SOK dams, Scarlett, produced a litter with enough boys to outnumber our deposits. Welcome “Chevy” to the world. There are some massive shoes to fill, stepping into the role of Gunner as the household Labrador of the Gunner Kennels first family, and we have been working alongside the Edmonds to ensure that he rises to the occasion. Chevy has gone to and from training at SOK Fox Ridge with our friend Miles Durham, which will continue until his training is complete.  Addison has also carefully followed along with Cornerstone Gundog Academy, when time permits, to ensure Chevy’s training doesn’t stall when he’s at home. The goal is to have him ready for his first birds this fall, hopeful that Addison will not have to miss another season of hunting over his own dog. 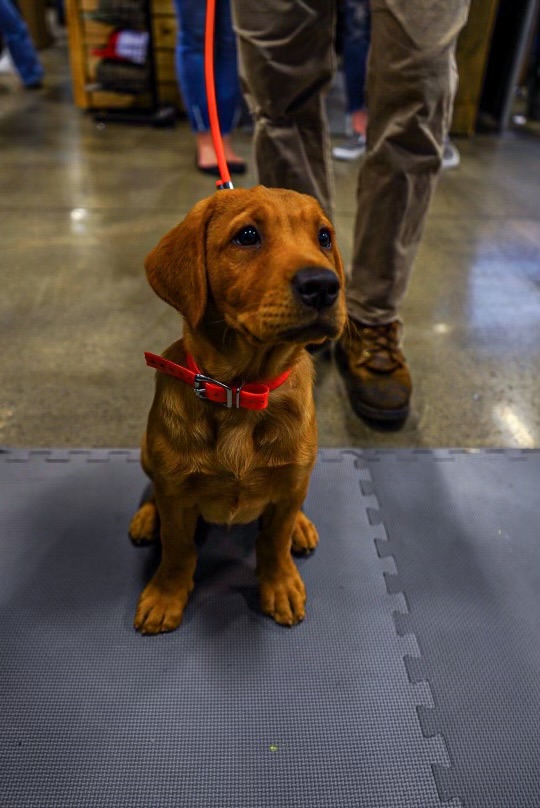 There is something about dog men, like my friend Addison, that can only be understood by those who share an equal love for their hunting dogs. If we can’t hunt with our dogs, we’d probably rather just not go at all.  There’s a connection, a bond, that overshadows even the most exciting moments of hunting birds. I recognized that bond early on between Addison and Gunner. I knew that, once Gunner had passed, there would be a massive void in his life made by a dog who would be impossible to replace.  I also knew that, after time to heal, there would be excitement for the next chapter.

Gunner was there to welcome each of the Edmonds’ four children into their home.  He was there for the start of Gunner Kennels, providing inspiration far beyond just a name and logo. He played such a major role in Addison’s life, and I’m thankful that I got to be there to witness so much of it. Chevy’s role will be unique, already vastly different from his predecessor.  He was welcomed into the Edmonds’ home by each of those children, now old enough to play fetch and keep him entertained for hours on end.  His crate training took place in a Gunner G1 Small with a drain plug, something I’ve thanked Addison for dozens of times over the years. 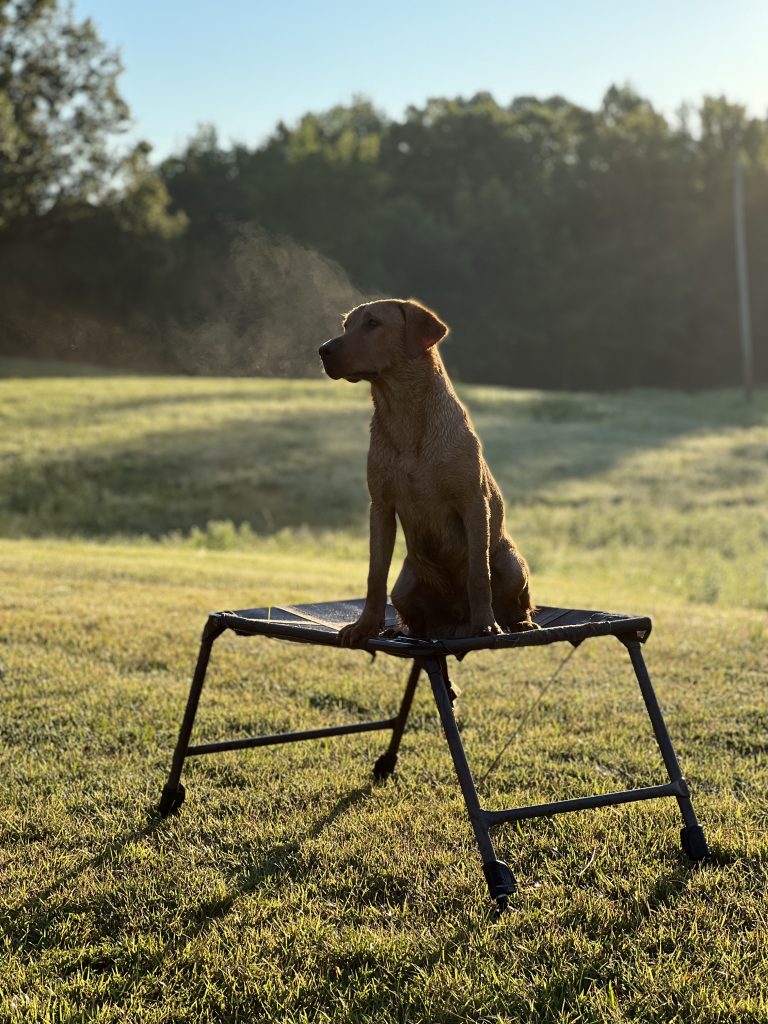 My gratitude for my friendship with Addison is equally matched by my excitement for what the next chapters will bring. I have often told my wife that one of the best and most unexpected parts of starting Southern Oak Kennels has been the friendships we have made through our dogs.  Addison and the entire Gunner family are certainly no exception, and we can’t wait to make more memories with Chevy this fall!

The 3 Rules for How We Select Our British Labradors

The 3 Rules for How We Select Our British Labradors

British Labradors are a part of the most...

After highlighting the causes of many distinctions in...