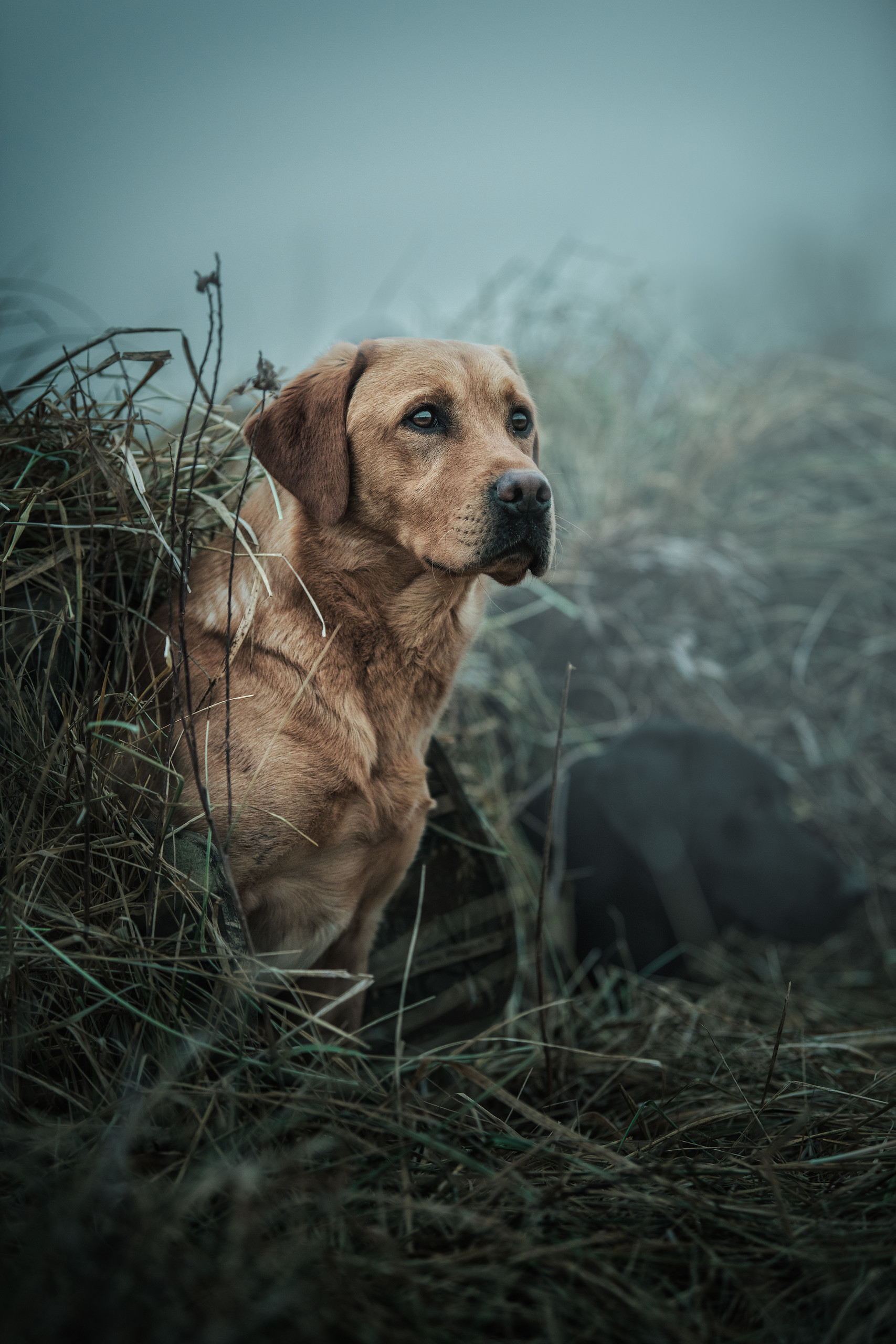 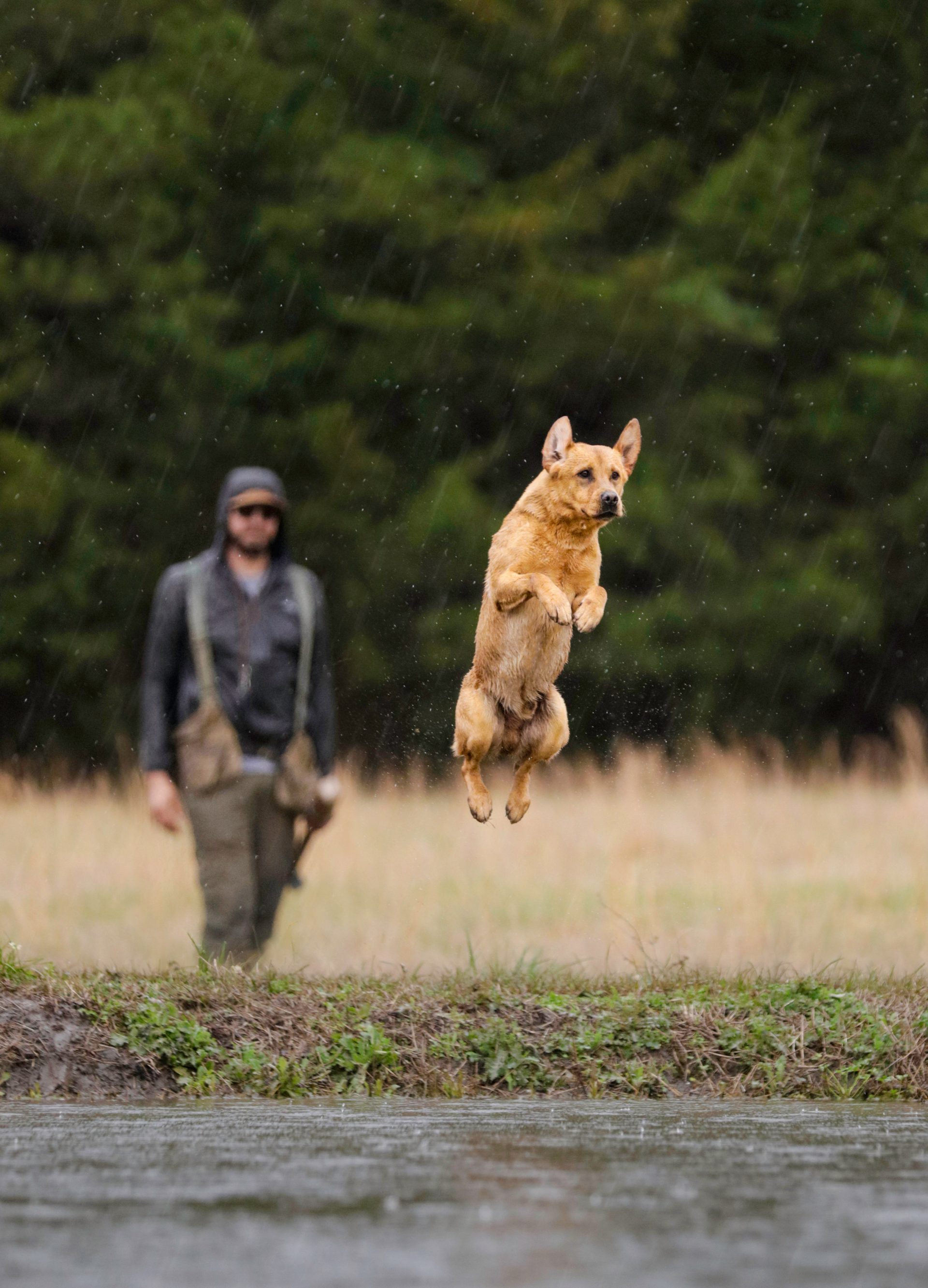 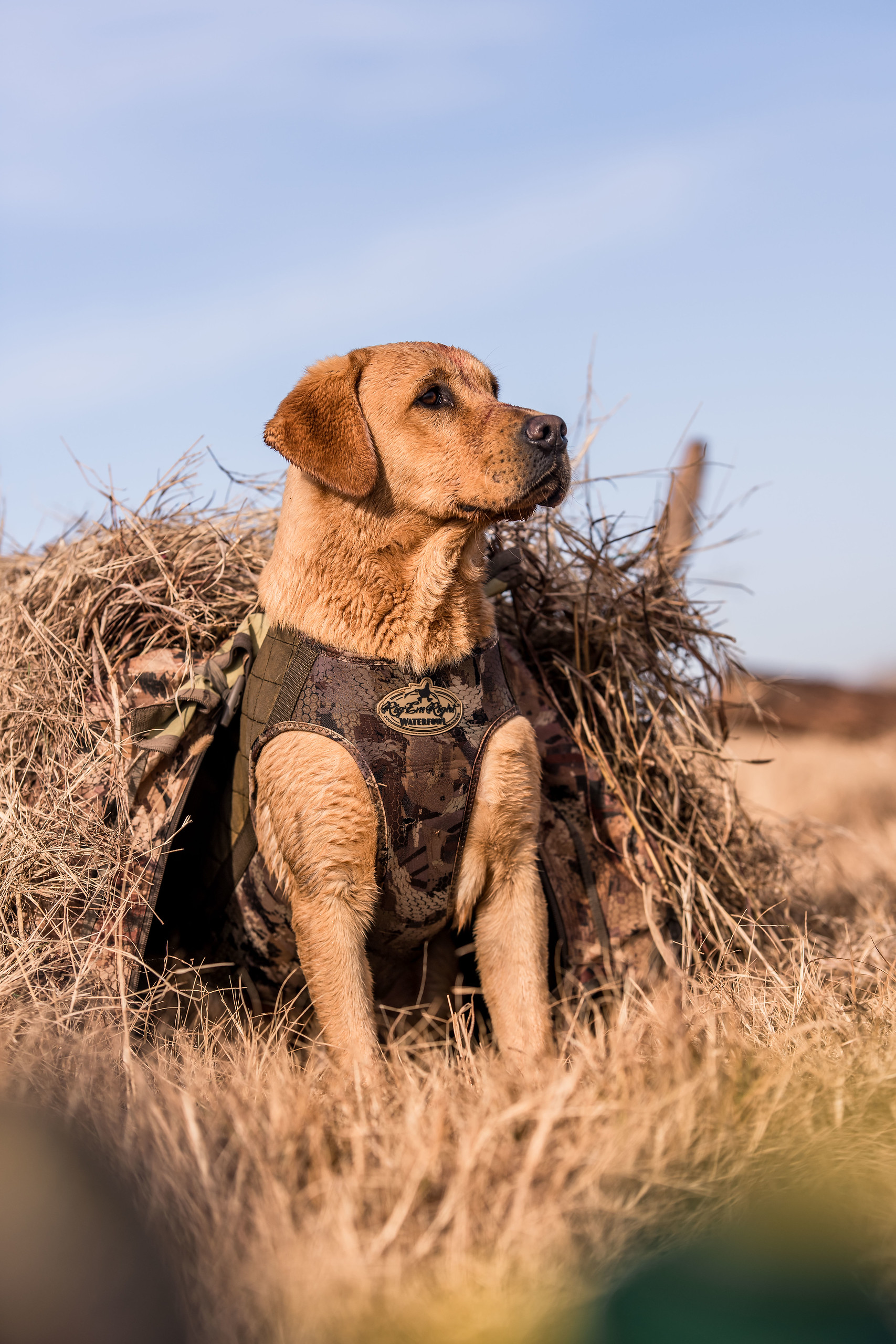 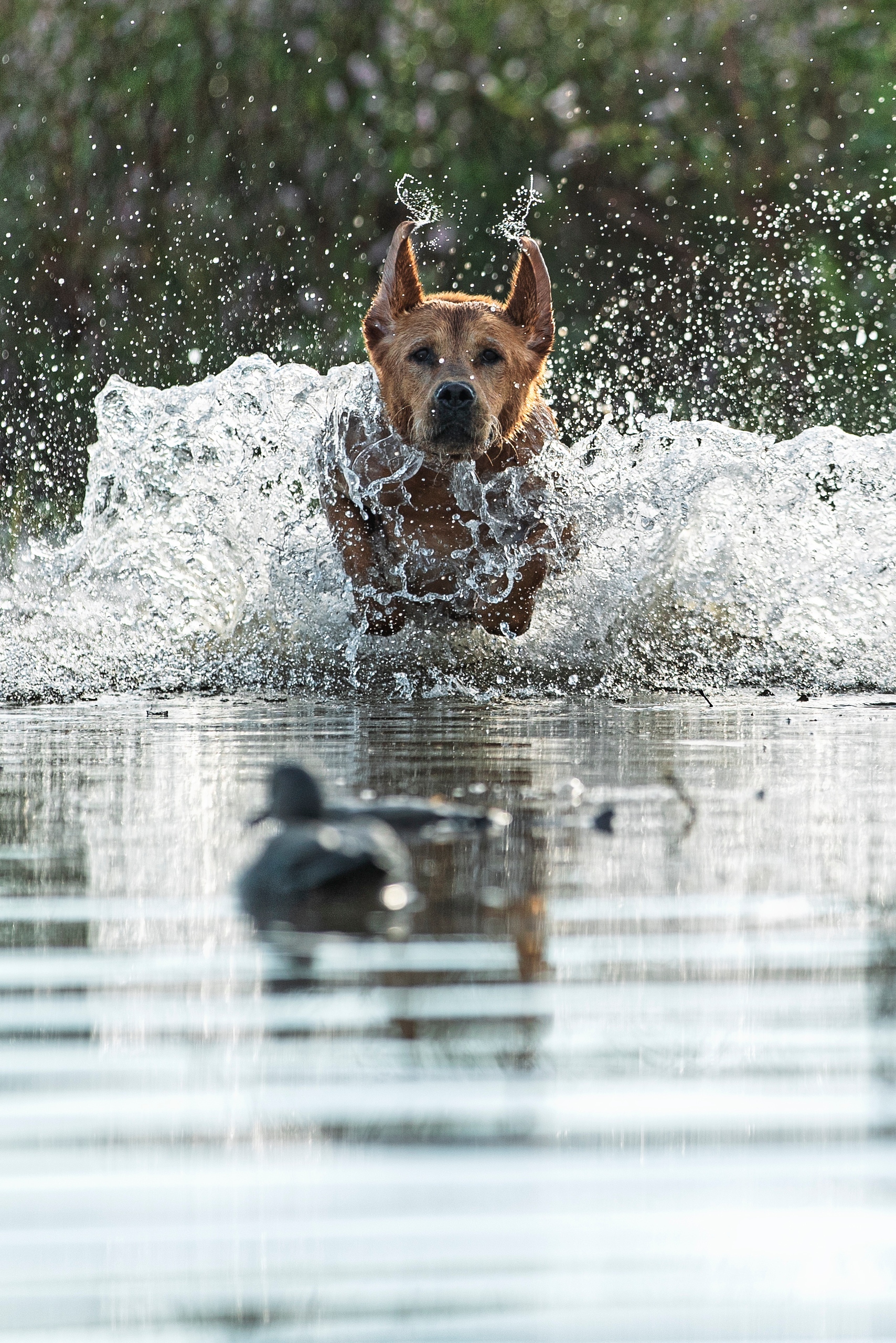 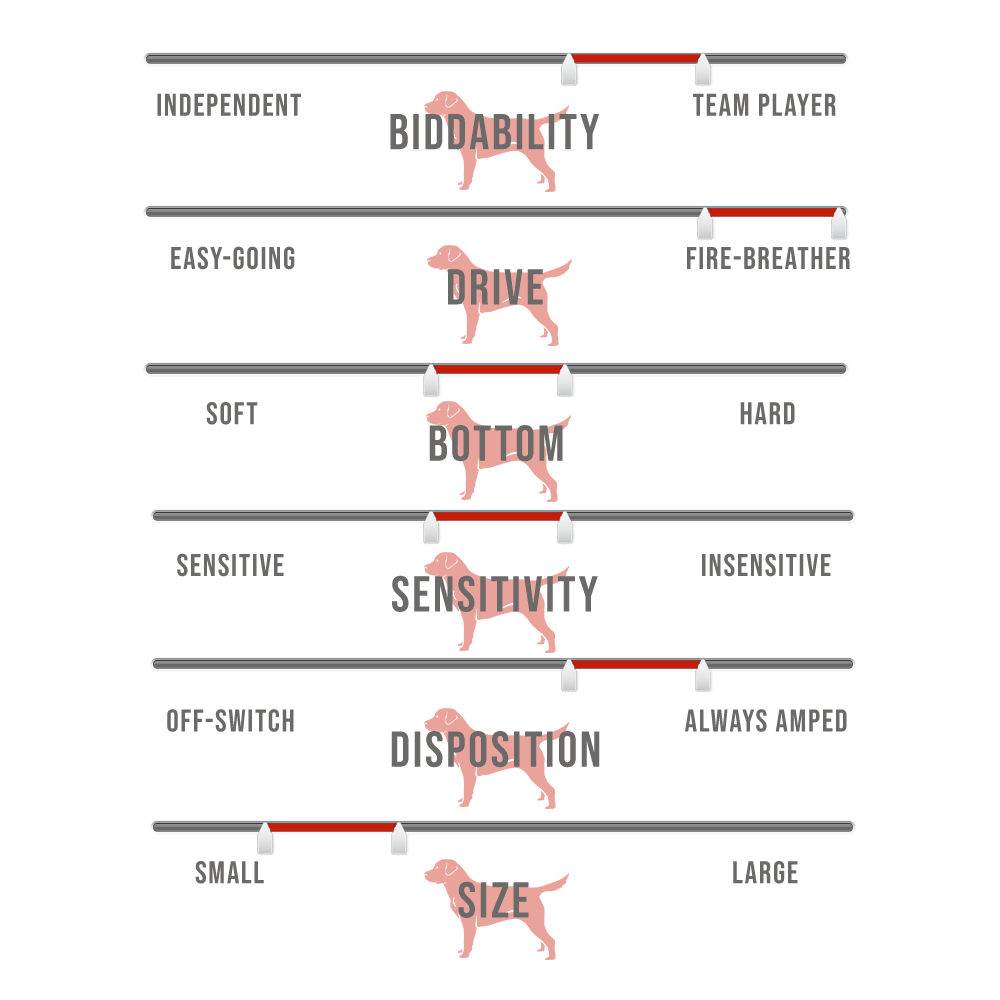 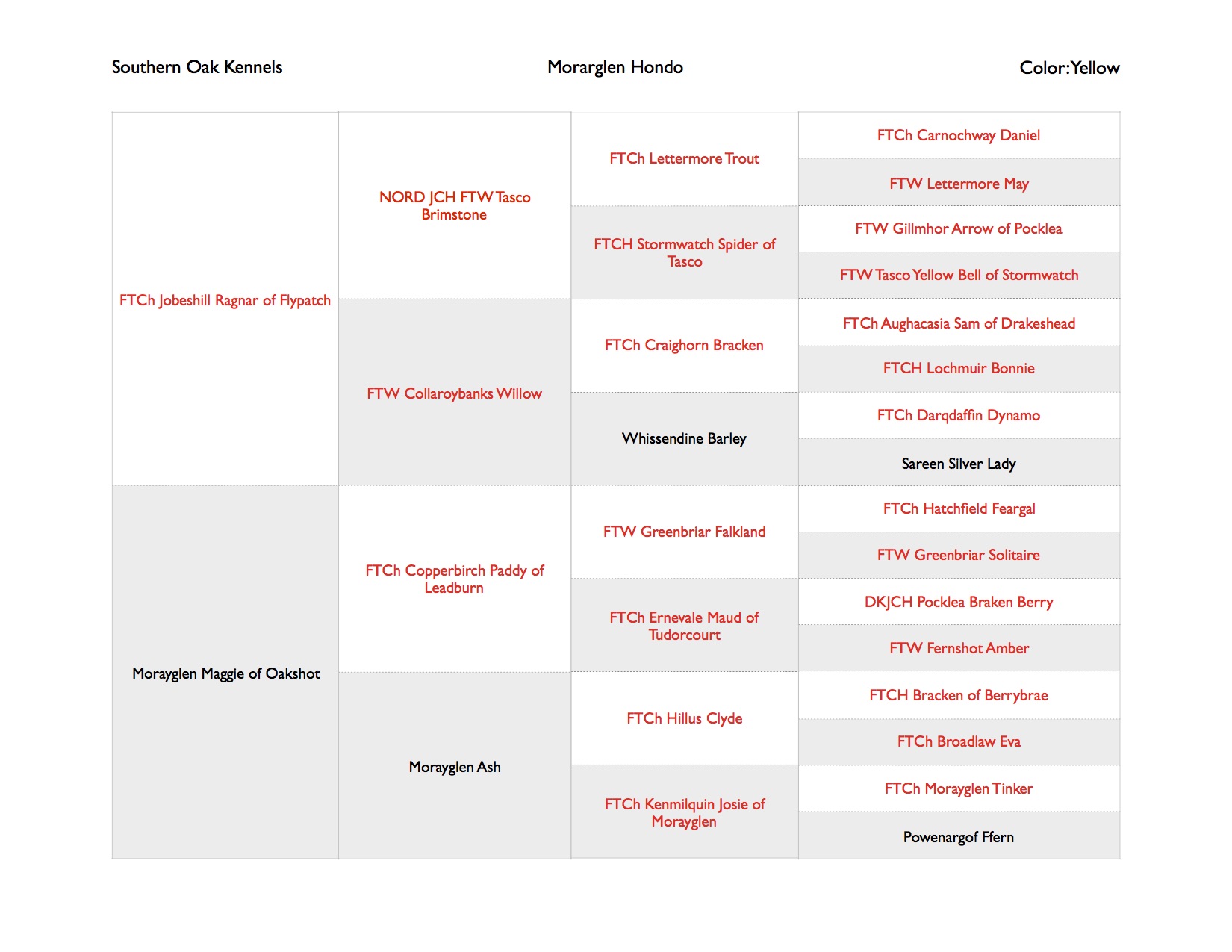 Red has more raw and natural talent than just about any British Labrador we have seen.  He learns faster than Barton can teach him. We have watched him sit steady with thousands of geese working into a decoy spread or dozens of ducks falling all around him in the timber. Once he’s sent, however, it is best to stay out of his way. We haven’t seen a dog who is faster, hits crippled birds harder, and enters the water bigger than Red.  He was trained by his breeder, Jim Munro, who has also trained and handled his litter brother FTW Morayglen Apache.  Red’s other littermate was an open stake winner and qualified for the 2017 IGL, but he was sadly killed in an automobile accident just before the trial. From pedigree to performance, health to handling ability, Red is a once-in-a-lifetime dog.